Marcos Bárcena is one of the most active and famous artists in the music scene from Cantabria (Spain). He has recorded more than 40 cds in differents formations as well as solist, and he also has worked as component and collaborator in some famous bands and duos all over the Cantabrian folk music scenery.

He has been giving concerts all around Spain and also in different countries in Europe and USA.

He is member of the Beatle Soul Club in Santander, which currently is one of the most important official collectives promoting the famous quartet from Liverpool. They are well-known for the interpretation of the Beatles´songs and other artists from this golden age of Folk and Rock music from the 60s and 70s.

He also won awards as a bagpiper solist and in duos at the Saint Chartier Festival (France) and he participated in the performance of European solist masters for back pipe.

Since 1990 he is instrument teacher in the House of Culture in Cabezón de la Sal. (Cantabria).

Since 1990 he is instrument teacher in the House of Culture in Cabezón de la Sal. (Cantabria).

He was a student in MI Musicians Institute in California , which is one of the most prestigous music schools in the world for modern music.

Marcos Bárcena has been present with his music in the whole geography of Spain and in several countries, such as France, Portugal, United Kingdom, Holland, Italy, Germany, USA and Barbados.

In 2005 he got a degree as Drama and Comedia actor in the Palacio de Festivales in Cantabria under the direction Román Calleja and he has been participating in several stagings at theatres with different professional companies.

His passions are the observation of nature and dark arts. He has got a degree as a ranger foreman (1990-1992), as well as a licence at advanced level for recreative diving. 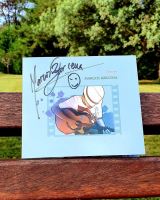 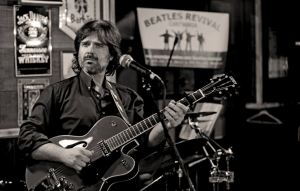